Having owned and driven a huge assortment or Petrol or Diesel driven cars over the years, and after having a battery backed solar panel fitted to our house earlier this year we felt it was time to “go green” and look to Electricity and Solar to power our next car the very advanced Vauxhall Ampera. 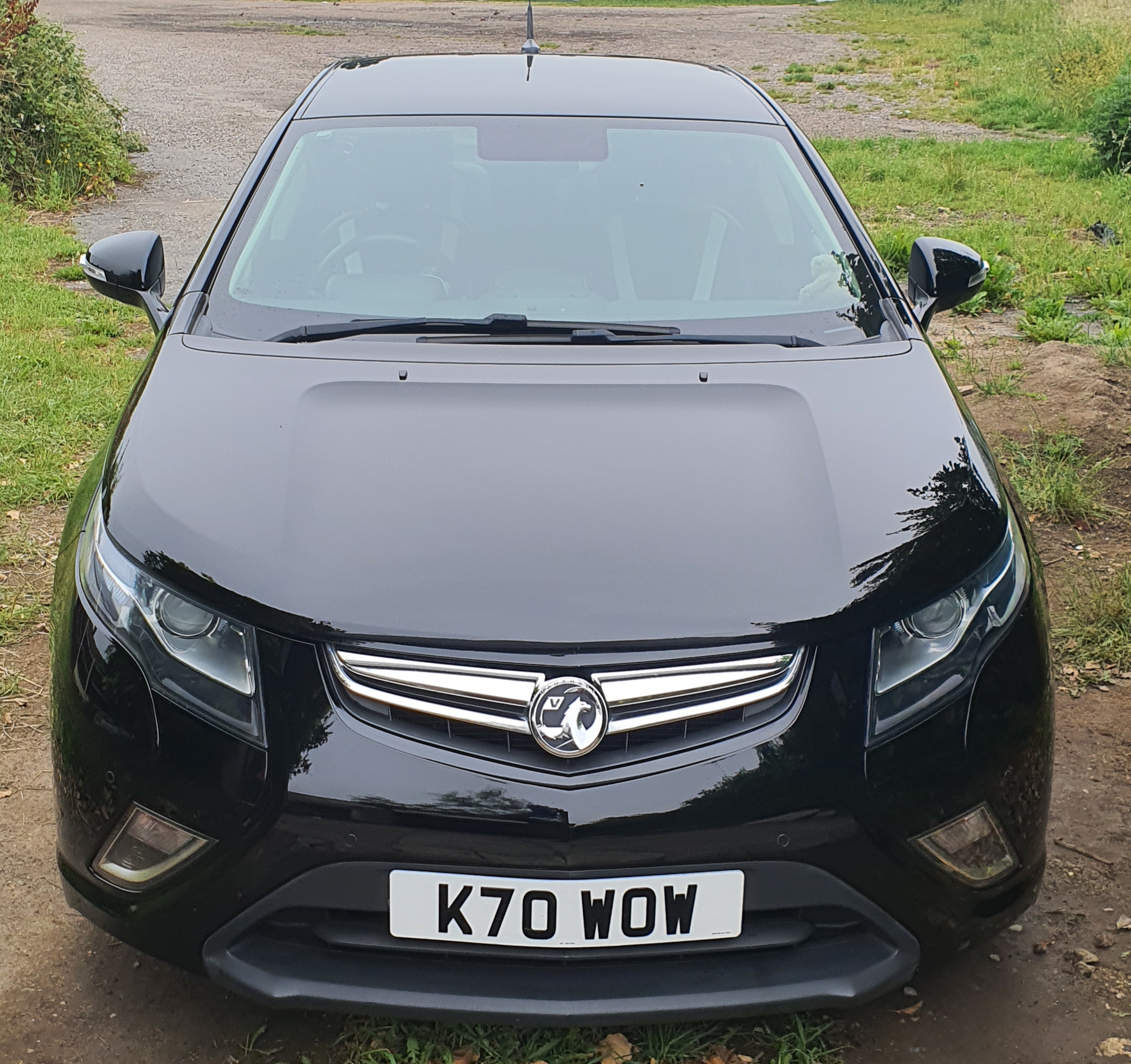 We had a good look at was what available, affordable and practical for our needs and briefly considered cars such as the Renault Zoe and the Nissan Leaf which were ok up to a limit and that limit was range. It’s all very well having a 100 mile range before needing a charge but I’d be constantly worried about being stranded somewhere!

So after a lot of google searching and more internet research I discovered an amazing car known in the USA as the Chevrolet Volt, in Europe as the Opel Ampera and in the UK as the Vauxhall Ampera. 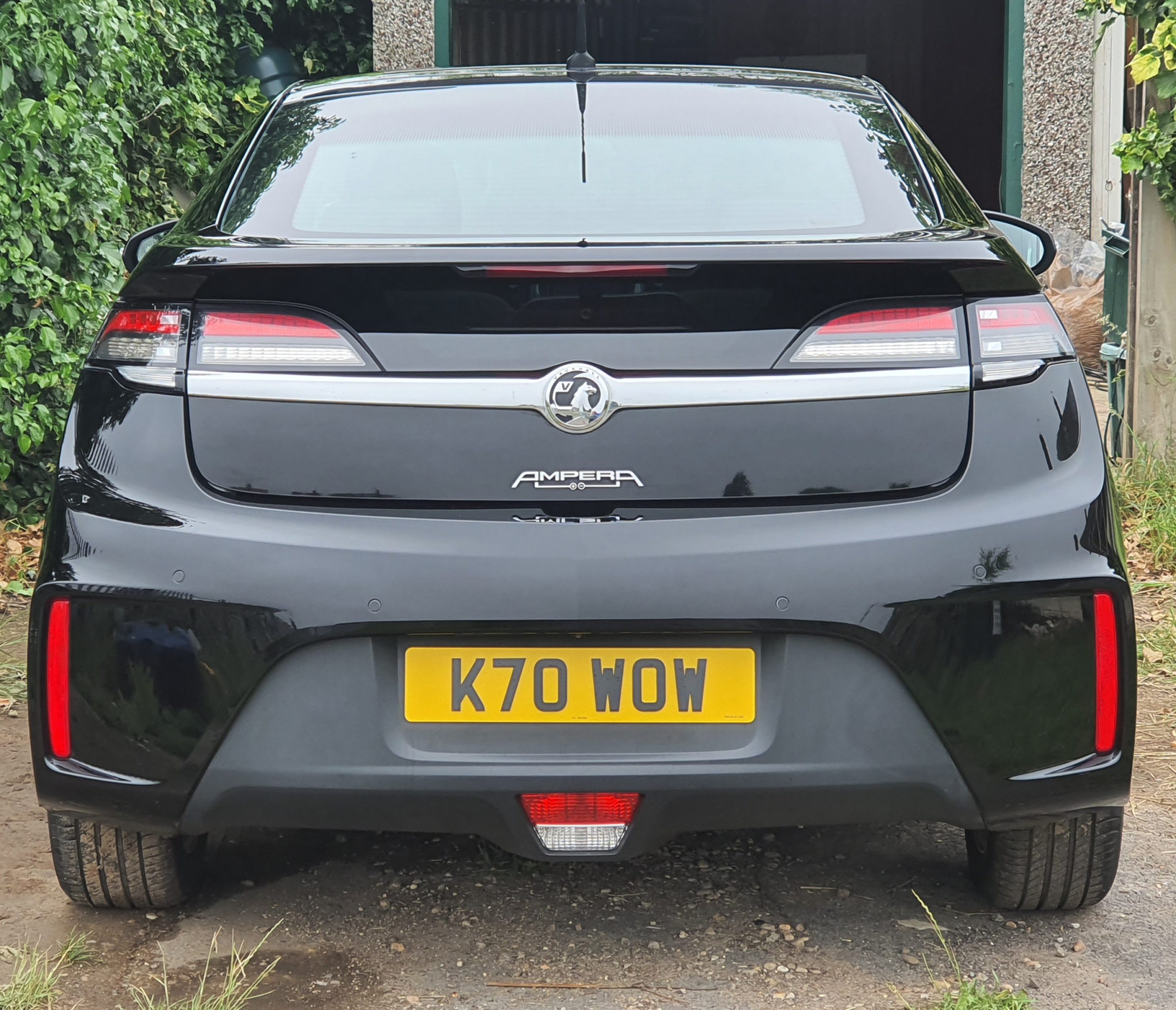 The Vauxhall Ampera was truly groundbreaking in its day (manufactured between 2012 – 2015) in as much as it is a plug in hybrid with a difference. it has a huge (at the time) battery of which over 10kwh is usable backed up by a 1.4 petrol engine which operates as a generator to power the electric engine when the drive battery has been depleted.

This gives 40 to 50 miles range on the electric battery then an unlimited range once it switches over to the petrol engine (which on it’s own will return around 50mpg) often giving an outstanding return in excess of 250mpg! 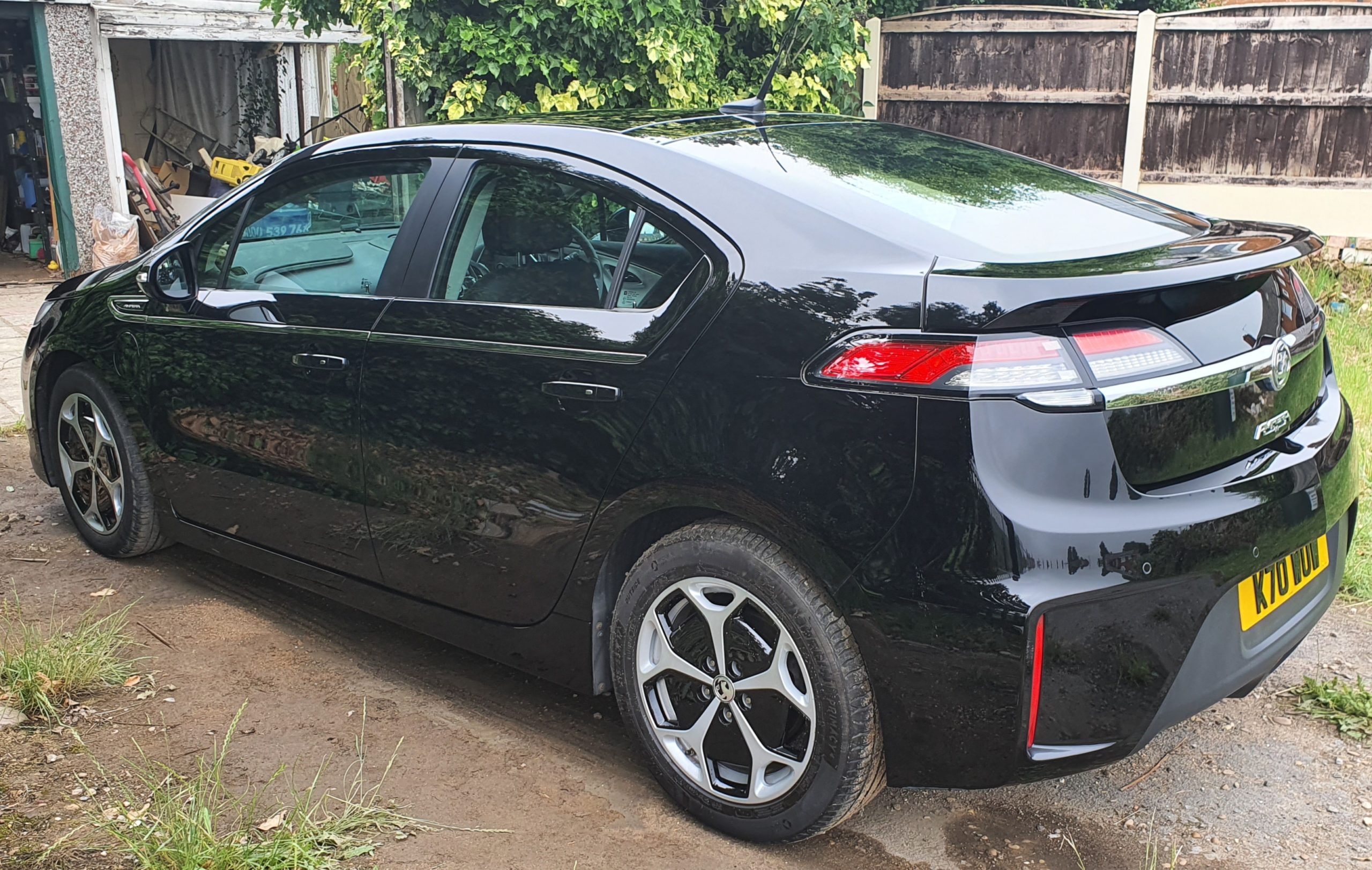 We looked at loads of Ampera’s for sale on autotrader and ebay etc and it is a bit of a minefield, we knew we wanted a MY13 (manufacture year 2013) model as these had several design improvements over the 2012 models but they are harder to spot as I’ve even seen a 2015 registered car which was actually a MY12 model.

All the Ampera range were manufactured in America and shipped to Europe and the build quality has been reported to be very high indeed. 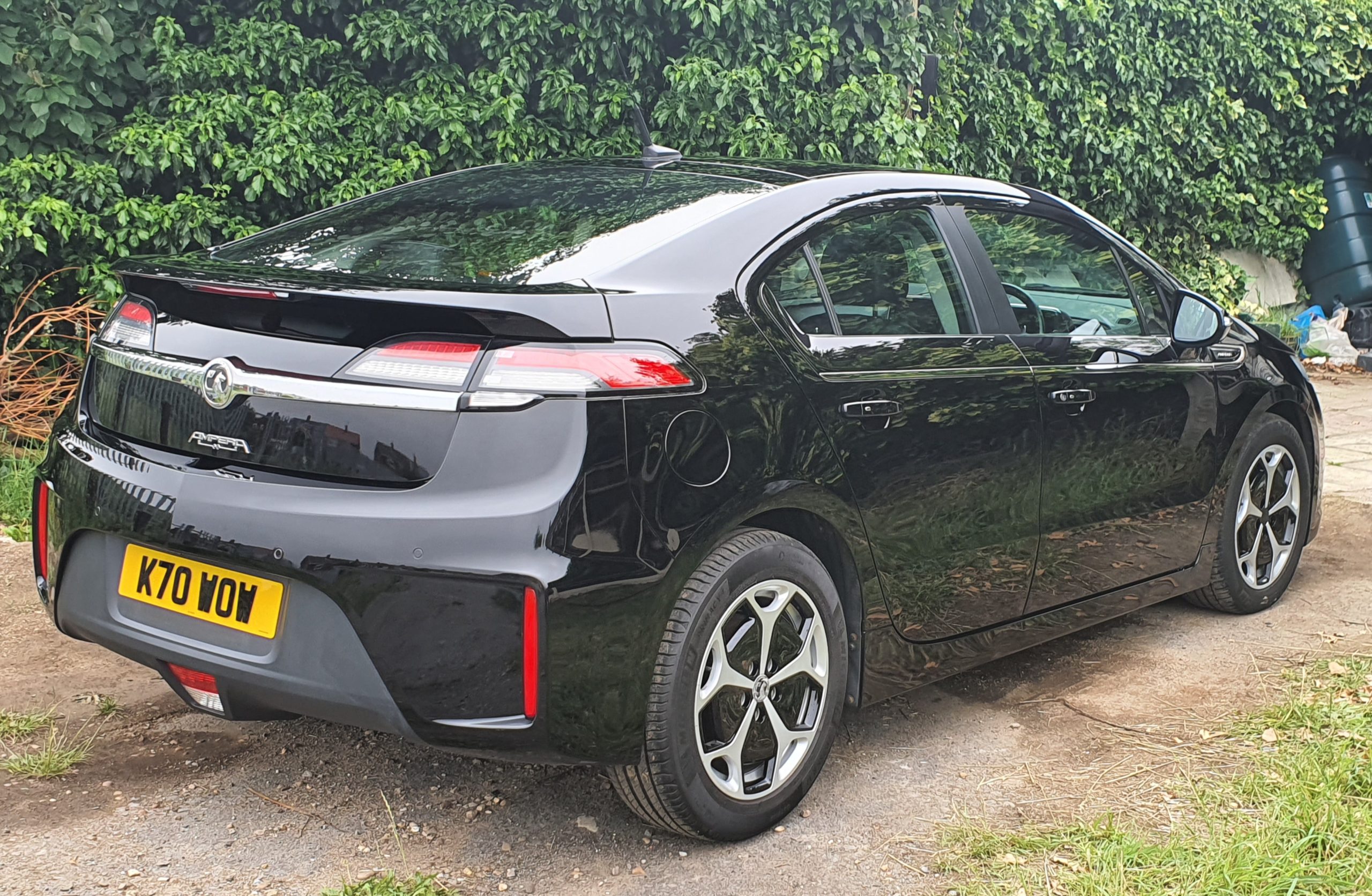 Having decided on which car we wanted to purchase now was the time to have a serious look around and we soon discovered there is a huge difference between prices, years and condition of the cars on the market.

I also joined a couple of related facebook groups such as Ampera Owners Club UK and on there stumbled upon an electric vehicle specialist called Simon Jones who runs his own Bournemouth dealership and was the most helpful person you could ever hope to meet, he gave me a ton of pointers and advice even on cars that he wasn’t selling himself!

As luck would have it he had a couple of beautiful MY13 black ampera’s in stock and with a tiny bit of haggling a sale was agreed and within a couple of days Simon delivered the car to us in South Yorkshire.

So far we’ve only taken the car for a couple of short test runs and it’s performed faultlessly and we’re looking forward to the covid19 lockdown to be further eased so that we can take advantage of the very cheap motoring the Vauxhall Ampera can offer, including free road tax!

As an example this short journey cost me 16.8pence this morning and would have been around £2 in my old diesel XJ6, it’s the future!

If you fancy moving up to the Electric vehicle market yourself it’s well worth having a chat with Simon, he’s an expert and sells all marques of electric and Hybrid Vehicles!

This site uses Akismet to reduce spam. Learn how your comment data is processed.